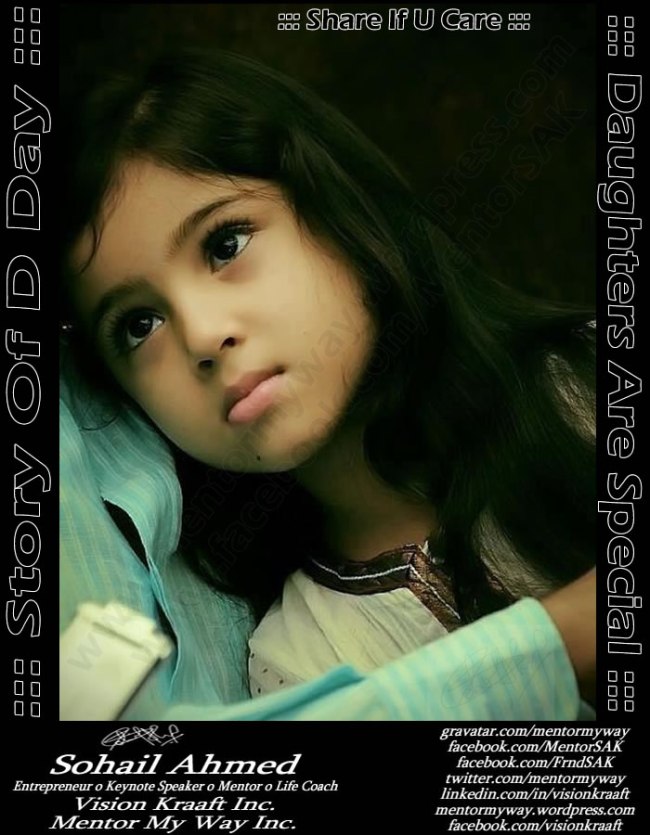 On the first day of their marriage, wife and husband decided and agreed not to open the door for anyone..!!!

On that day first, husband’s parents came to see them, they were behind the door. Husband and the wife looked at each other, husband wanted to open the door, but since they had an agreement he did not open the door, so his parents left.

After a while the same day , wife’s parents came , wife and the husband looked at each other and even though they had an agreement , wife with tears on her eyes whispered , I can’t do this to my parents , and she opened the door.

Husband did not say anything, years passed and they had 4 boys and the fifth child was a girl. The father, planned a very big party for the new born baby girl, and he invited everyone over.

Later that night his wife asked him what was the reason for such a big celebration for this baby while we did not do it for the others! The Husband simply replied, because she is the one who will open the door for me..!!!

Always Love and Respect the Girl Child, They Are Also Special..!!
<.